Victory of the People's Resistance against Tyranny! 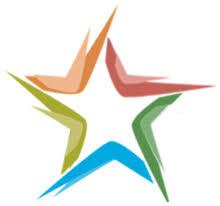 Solving the country's problems, ending poverty, unemployment, discrimination, structural corruption, and establishing effective governance are not possible except through such a struggle. The will that in the first step challenged and successfully opposed the regime's plans to ensnare the country is commendable. This resistance must continue by empowering society, strengthening demand movements, and paving the way for the transition from a system that has made such a criminal its preferred figure and empowered him.

Victory of the People's Resistance against Tyranny!

With the official announcement of the results of the Islamic Republic's so called "election", it was revealed that despite all efforts to win the people's vote, even threatening and intimidating groups from the community and keeping polling stations open illegally until 2 am on Saturday, a maximum of 48%" have participated and the share of boycott and non-participation, including 3 million 726 thousand invalid votes, has been more than 58%. Although objective observations show that the number of voters is much lower than the announced number, but even these official figures show the power of your big "NO" to the architects of this closed election and the sinister plans of the Supreme Leader and the power gangs within the regime. By implementing this plan, Khamenei was forced to accept the biggest confrontation of the Iranian society with the Islamic Republic and to make this regime weaker. Because of your "NO" to the system of the Islamic Republic and at the head of it, the Supreme Leader, a historic day was recorded on the way of transitioning from the Islamic Republic. Khamenei's attempt to appoint a criminal to the post of head of the executive branch will lead to more protests inside the country and in the international community. At the same time that the results were announced, Amnesty International called for the prosecution of Ibrahim Raisi as an "accused" of "crimes against humanity".

The Ministry of Interior of the Islamic Republic, by announcing 17,926,345 votes in the name of Ebrahim Raisi, has announced one of the main perpetrators of the massacre of political prisoners in the 1980s, a member of the death committee during mass killing of 1988, and the head of the judiciary at the time of the November 2019 massacre as the president of the country. But even before this "election" it was clear that the whole show was designed to legitimize his "election". Your nonchalance of this ridicule has destroyed any legitimacy of the result beforehand and since today. The invalid vote of all those who were forced to participate in the election for various reasons, including employment and any other obligations, also shows their distrust of the regime.

The main loser of this "election" is first and foremost the Islamic Republic. However, some of the reformists, who, considering that all the reformist candidates had been disqualified and had no choice left, raised the "banner" of participating in the losing game against the Velayat (Guardian) system and humiliated themselves in the name of preserving the republicanism. A number of prominent figures of this movement put their reputations at risk and gained only about 4% of the total eligible voters. Some of them and their followers, by aggressing and insulting the opponents of participating in this ridiculous show, made the confrontation with the boycott of such an “election” a means of bowing down to the coercion of the Supreme Leader and the ruling gang.

The Left Party of Iran (People’s Fadaian), that four and a half months ago called on everyone to actively boycott this mandated “election”, appreciates your resistance to the dictatorship of Velayat-e-Faqih and the ruling gangs of the country and congratulates your victory in boycotting this jest “election”. Our party considers the solidarity and cooperation that has been established over the boycott of this "election" as a step towards strengthening the struggle for transition from the Islamic Republic to the establishment of a secular and democratic republic. Our party also appreciates efforts of our members and supporters who actively took part in the boycott of this election circus. Solving the country's problems, ending poverty, unemployment, discrimination, structural corruption, and establishing effective governance are not possible except through such a struggle. The will that in the first step challenged and successfully opposed the regime's plans to ensnare the country is commendable. This resistance must continue by empowering society, strengthening demand movements, and paving the way for transition from a system that has made such a criminal its preferred figure and empowered him.